An Affinity Plus Love Story: Molly and Kenny Brown

Love is in the air. Members Molly and Kenny Brown have been together for nine years and recently got married last year, on Halloween to be exact. 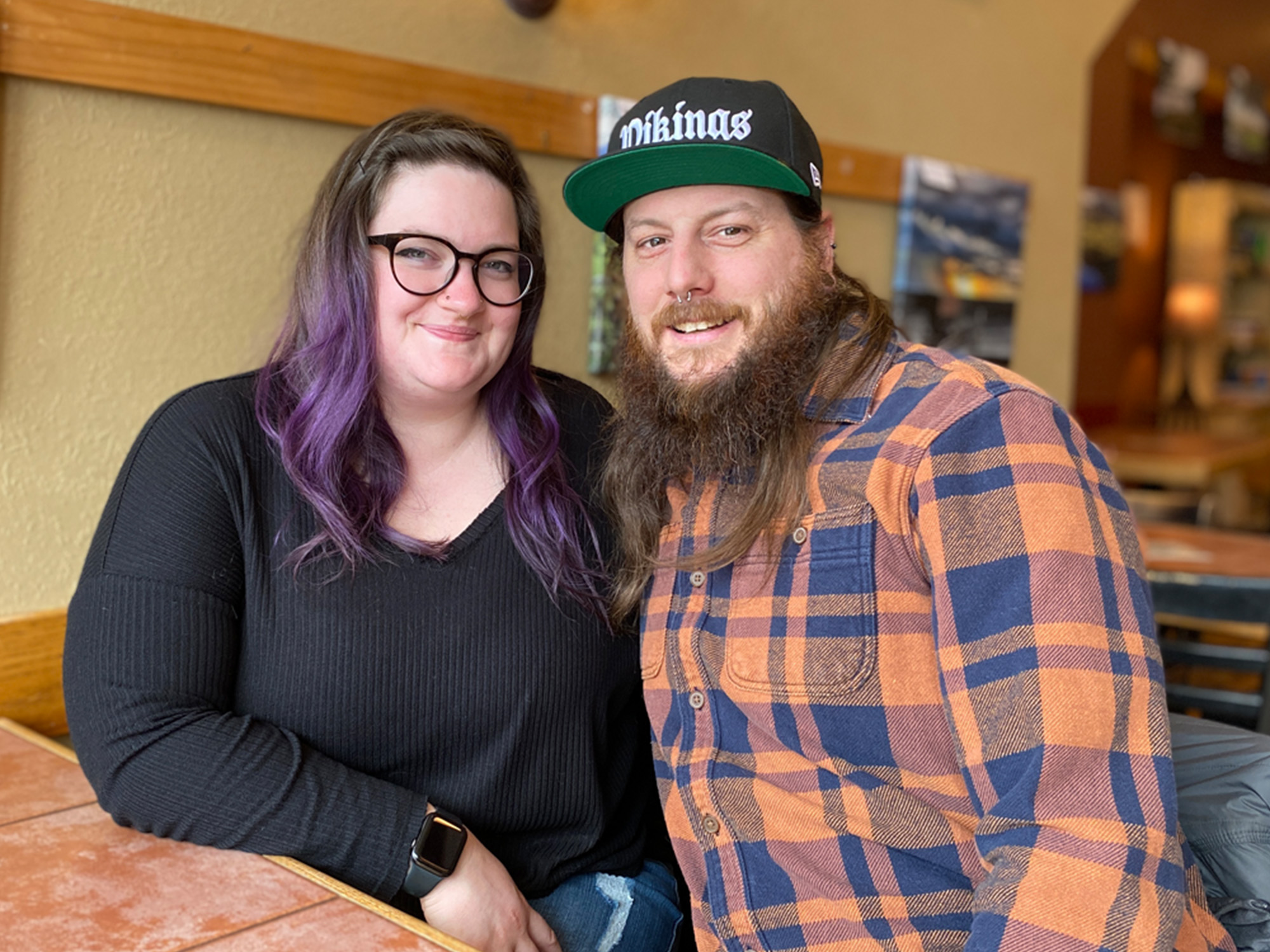 Molly is originally from Iowa and now calls Winona home. She is a tattoo artist at Black Moth Tattoo, and has been in the industry for about ten years. Kenny is a machinist and grew up in Winona.

Their love story started with a zombie pub crawl (yes, you read that right). Molly says the tattoo shop that she worked at would do makeup for people and then ‘those zombies’ would go around town and enjoy the evening. It was that night where Molly and Kenny first locked eyes. Half of Molly’s face had a fake zipper on it, half of it was gory, but those are just minor details. It wasn’t until later, at a different spot, where the couple met again. Destiny? They couple says they think so.

“I had never seen her in town before, and I was just intrigued and interested in getting to know her,” said Kenny. “My group of friends and her group of friends were out and we just met – we just saw each other at the same place and it was meant to be.”

A zombie pub crawl isn’t the only ‘out-there’ idea the couple took part in. In fact, in 2013, early on in their dating years, Molly said they built a tiny house together. She says they had only been dating for six months, and it was during that time when they both realized this relationship was for the long-haul.

“A lot of our friends thought we were crazy for doing this. It was off the grid so it was a lot of testing and it was a crash course because we learned quickly that we work well together and we learned how to communicate,” said Molly.

“We definitely answered a bunch of serious questions right off the bat,” said Kenny. “We were just being real with each other right from the start, and that definitely made me fall in love with Molly.”

Molly and Kenny got married through an elopement company in the Twin Cities on Halloween. Molly says it was just the two of them, and was perfect. Kenny says it’s Molly’s personality and determination that he loves most about her.

“I love her goofy humor for one, and her smile for sure,” said Kenny. “I also love her drive and determination with everything she wants to get done and accomplish.”

“My favorite thing about Kenny is that he’s very kind and we work really well together,” said Molly. “He’s very smart, has a lot of talents, and we come together perfectly and get stuff done.”

The couple enjoys doing plenty of things together – from taking road trips and scenic drives, to looking for antiques, to starting (and finishing) many home projects together. Molly says Kenny is an excellent cook – another key to her heart.

Molly and Kenny have been Affinity Plus members for both 10 years (Molly) and 14 years (Kenny). The couple would meet at the Affinity Plus branch when they first started dating – each taking care of their banking needs before going on dates. Molly says two years into dating, the branch manager, Jamie Baumann, joked about the couple getting married at the branch. Although that didn’t happen, Molly says she loves her Affinity Plus family and says it feels like home.

“They feel like friends who genuinely care and want to help. And, they do,” said Molly.

“They always try to help us, no matter what,” said Kenny. “They try to do whatever they can to make the end solution everything you thought it would be.”

Cheers to Molly and Kenny for not only their love, but also for sharing their love for Affinity Plus.